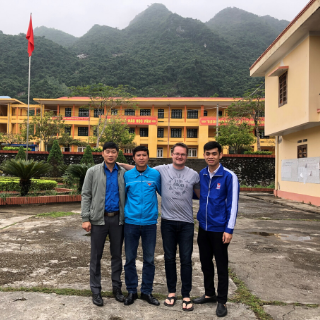 Justin has been involved with Youthlinc since 2008 when he joined the Thailand team as a mentor.  Since then, he has been on a total of 12 Youthlinc trips, including a multi-time team leader, to Cambodia, Vietnam, Peru, Kenya, Fiji, and Madagascar.  He has lived abroad for several years, including Australia, South Korea, Egypt, and Vietnam.

Locally, he has volunteered with refugee and under-served youth and adults and formed a civic engagement club in the Salt Lake City School District.  Prior to working at Youthlinc, Justin was a high school teacher in English, history, and business.  He taught at the Salt Lake Center for Science Education and at West High School.  He has an International Business degree from Westminster College, an English degree from the University of Utah, and a Master’s of Teaching degree from Westminster College.

Justin’s wife, Britnie, has been a part of Youthlinc since it was founded in 1999 .  Justin’s son and twin daughters are the youngest Youthlincers on record going on a combined 7 trips already.  Service is a priority for their family. 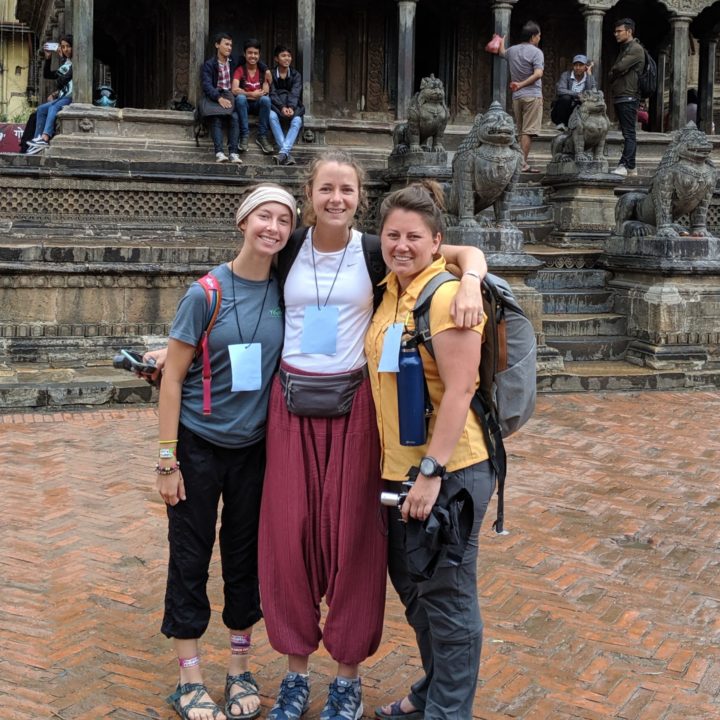 Jordan has been involved in Youthlinc since 2013. Since then she has been involved in 6 Youthlinc Trips. She started as a student going to Kenya in 2013 and since then hasn’t been able to walk away from Youthlinc. She has been apart of service years to Kenya, Guatemala, Cambodia, Thailand, and Nepal and can’t wait to keep adding more in the future. One of her favorite things about Youthlinc is their commitment to work with and follow up with communities to find their needs and wants. We really listed and do our best to meet their expectations. Jordan is thrilled to continue to develop and  grow the partnerships we have around the World as ISD.

Service has embedded itself in her life both Locally and Internationally. She has always had amazing examples of service in her family and was raised to watch for a need to act. Youthlinc opened so many doors to other service opportunities and now she gets to be involved in even more with friends and family. It has continually taught her about not only herself but about the world around her. Jordan’s favorite part of the service year is the relationship you can build with those you are working with both on your team and in the communities we serve. She believes that service brings people together and celebrates differences and change. The best way to see the world is to work hard side by side with the people of it to make it a little better.

Out of the office you will probably catch Jordan either outside with her dog, Georgia, or gathered around a table playing board games with Friends and Family. 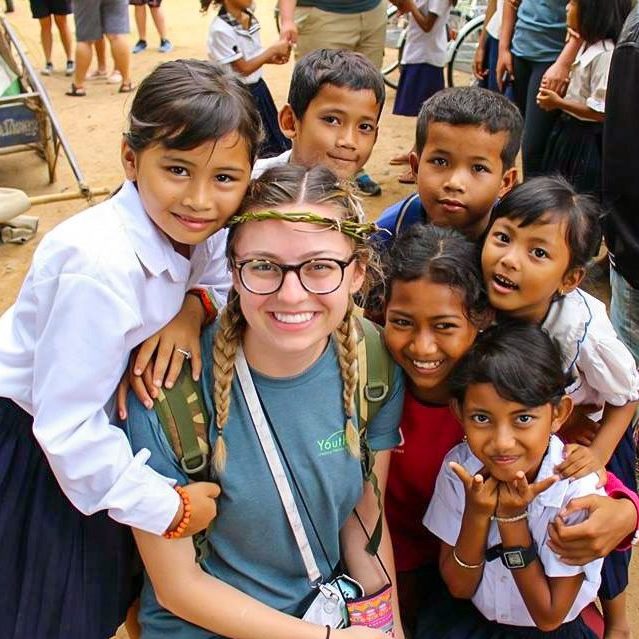 From the first time she heard about Youthlinc, Melissa knew it was something she needed to be involved with. Melissa’s journey with Youthlinc began in 2014 as a Real Life volunteer at Historic Scott School and a participant on the Thailand team. Since then, Melissa has taken part in Youthlinc as a Real Life Intern (2015),  Real Life Assistant Director (2016), Global Community Leadership Program Assistant (2017), Operations Manager (2016-2018),  Team Leader (2018), and Bookkeeper (2019).

Locally, Melissa has volunteered with various associations including the Utah Food Bank, ELL classes at Salt Lake Community College , the Asian Association of Utah, Promise South Salt Lake, and RESULTS.  It is through these opportunities that her passion for service was born. She hopes that through her continued support of these organizations, and her involvement with Real Life, she will be able to continue to foster Youthlinc’s mission of creating lifetime humanitarians in teens today that will continue to benefit the community for many years to come.

Melissa graduated from Westminster college with her Bachelor’s Degree in Public Health. In her free time she enjoys reading, dancing, hiking, kayaking, and taking care of her dog, Honey. 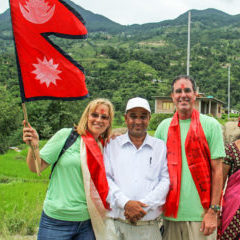 Shelly has been involved with Youthlinc since 2011 when she joined the Kenya team as an education mentor.  It was a magical experience. She immediately became a dedicated volunteer because she strongly believes in Youthlinc’s mission to create lifetime humanitarians. Since then, she has served as a team leader to Guatemala, Peru, Nepal and Cambodia.

Shelly says that the biggest draw to Youthlinc is the opportunity participants have to serve both locally and internationally. Shelly is excited to work as the Real Life Director because she can continue fostering the value of local service. Real Life is a peer mentoring program with a life skills curriculum befitting refugees and under-served youth in the Salt Lake area.

Shelly has a degree in Family History Studies from Brigham Young University and a Paralegal Studies degree from Mountianwest College of Business. She worked six years as a certified Paralegal and ten years as an Elementary Teacher in the Davis County School District.

Shelly is the mother of three children and a grandmother of six adorable grandchildren. Her greatest joy comes from her husband and family. Her second greatest passion is service and Shelly delights in helping our youth value and incorporate service in their lives. 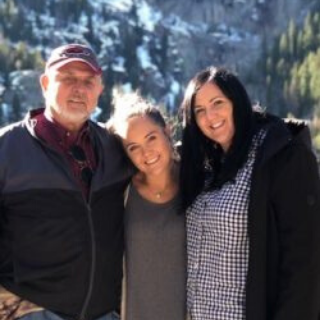 Shannon’s involvement with Youthlinc began in 2015 as a parent of a Youthlinc student. Watching the growth and development in her own daughter ignited the dedication she has for Youthlinc and it’s mission. She has since watched a similar passion for service grow in hundreds of students as the Local Service Director as well as in two more of her own children.

Service as a way of life is something she is passionate about and finding an organization that shares these same beliefs has been important to her. Shannon believes what sets Youthlinc apart from other organizations is its local service component. She believes that local service is where lifetime humanitarians are born.

She is excited to help support Youthlinc continue to foster lifetime humanitarians in the next phase of development as the Capital Campaign Project Manager.

Shannon graduated from the University of Utah in and received her MBA in 2013. She is a lifelong learner and continues to explore new ways she can learn and grow in her life. 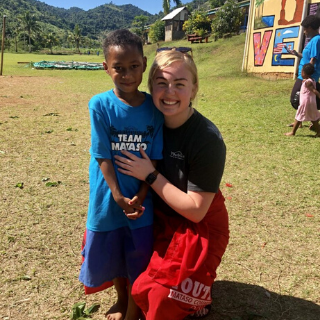 All her life, Taylor has been passionate about serving those around her. In the past, she has had the opportunity to volunteer with Kids Crew at Intermountain Healthcare, Horizonte School for English Learners, the Salt Lake City Women’s Shelter, the University of Utah LEAP program, and the Bennion Center. She began her involvement with Youthlinc in 2015, where she was a student on the Kenya team. She has also been an Assistant Team Leader (2016), Real Life Assistant Director and Intern (2017), Benefit Volunteer (2016, 2017, 2018), and Young Humanitarian Award Finalist (2018), Fiji July Mentor 2019, and Guatemala Mentor 2021.

Taylor loves every aspect of what Youthlinc does and has had her hand in as many of the programs as possible. She loves Youthlinc’s mission and owes her love for service and her efforts towards being a Lifetime Humanitarian to Youthlinc.

My career has afforded me the distinct honor of leading the development and public relations charge for some of the world’s finest companies – both non-profit and for-profit. My diverse portfolio including American Cancer Society, Cisco Systems and others is a reminder of so many incredibly positive experiences, and I am grateful for each one.

The essential focus in procuring impactful development opportunities is compelling the prospect to meet a donation call-to-action, based on true stories of need and philanthropy.  Everyone wants to feel something.  Whether someone is moved to help fund a local or international community service project, or inspired to finally make an appointment for a long-overdue mammogram, it is all essential!

Research and understanding are crucial in development, and I look forward to uncovering new and exciting development opportunities, as well as growing our devoted base of existing relationships. These meaningful gifts and sponsorships will support the future Youthlinc journeys and stories that are changing people’s lives and creating lifetime humanitarians.

Summer 2021 IS A GO! Register Today!
REGISTER NOW
Copyright Youthlinc 2020 - All Rights Reserved
Back To Top