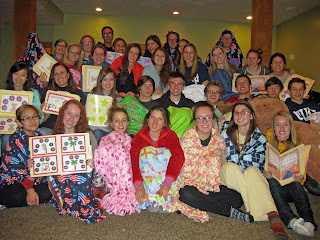 Our Service Year teams are off to a great start! Here’s an interim report from our Team and Alum Leaders.

Local service report: Here are the cumulative hours reported by each team so far:
Cambodia: 327 hrs.

Thailand: 214 hrs (meeting this weekend, so hours will be up!)

Vietnam: 241 hrs (meeting this weekend, so hours will be up!) 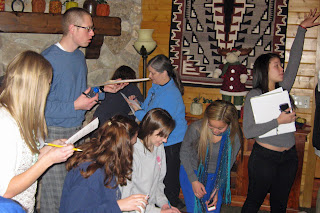 ·        Lots of funny things happen when we play a game in our team meetings.
·        Most heartwarming experience has been to see how eager the whole team is to help. All of them are excited to go above and beyond to make a difference.

·        We’ve had many go out of their way to make things work, but there are two that stand out: Ashlyn Perrero organized a wonderful service project for us downtown feeding the homeless, and when we found out we couldn’t get downtown because of the storm, we went to our back up plan: organizing file folder games for the kids in Cambodia. Many brought supplies and helped with this but Cami Crump really went the extra mile and made tons of copies and had a big chunk of it organized.
·        All seem excited about all the international projects, but I think the playground is probably a favorite.
·        I think the only concern right now is that they get the right shots.
·        We love this team. They are truly an amazing group!

·       The most concerning aspects of international travel for team members would be the bugs (particularly spiders!) and the kind of food we will be eating. I’m sure that in March we’ll hear a lot concerning shots and pills and such, but so far my team doesn’t appear to be overly concerned. 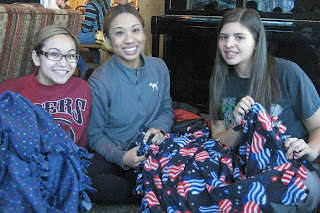 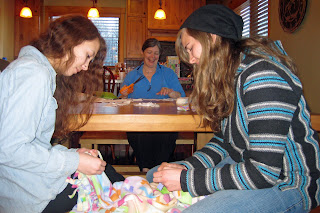 ·        Several members of team Peru volunteer at Real Life in Salt Lake. We saw Lisa Schneider and Lynette Duenas on Friday evening Ice Skating with the participants outside in the freezing cold weather.
·       We have been really fortunate to be hosting the daughter of our in-country coordinator, Carlos Acosta! Karla is having a great time, but since Iquitos, Peru is always warm, Karla says are winters are too frio.
·        Of course all of our team members are most excited about their own committee. However we are happy to complete the Medical Clinic in Yanamono 2.  We are also excited to continue with the livestock exchange program.
·        Someone asked us how we were going to get the chickens to Peru.
·        Brooke Burningham and Michelle Moynihan who made their Development intern goal this year. Brooke was able to add 2,000 to Peru project funds and Michelle kindly donated her earned project funds to help boost Guatemala funds.
·        Alex Holt has contacted a few eye clinics about donating old or unwanted glasses. He has also contacted the CEOs of Ogden Regional Center and McDee Hospital about medical donations. He has also stepped up to take on mentor responsibilities and encourage his teammates. 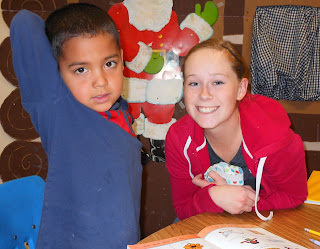