Most of the Thailand team (aside from the lucky few who diverged!) arrived safely home last Friday. A lot happened between Monday (the last time I blogged) and the Friday we departed!

Tuesday was a bittersweet day for all of us. We were holding closing ceremonies and a carnival at the Banthamthonglang school, and we stopped by the Wat Bang Siad school to say goodbye. In the morning, at Banthamthonglang, we held a carnival for the kids. They were so excited to have their faces (and nails) painted, play with balloons and toys, and do crafts. After some karaoke and final words from Maneerat (the director of Banthamthonglang), Brad Kenny, and Pete, we played with the kids one last time. We gave every kid one of the “thai-dye” t-shirts we made throughout the week! We danced, laughed, played, and brought out some slip n’ slides! The kids had SO much fun playing in the water, although they needed some help forming lines (: While we were sad to be leaving, the carnival and closing ceremonies were great ways to end our time at Banthamthonglang. 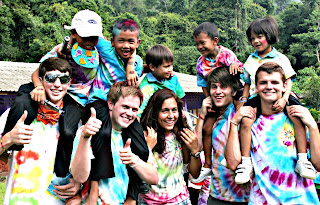 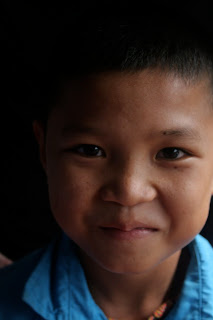 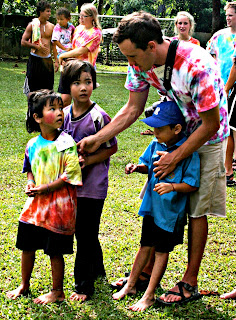 At Wat Bang Siad, we played some games and said some last goodbyes to the loving kids. Some of us, who hadn’t spent a whole lot of time at Wat Bang, were surprised and happy when a few of the kids had learned and remembered our names. It made us realize that they were thankful for what we’d done for them! 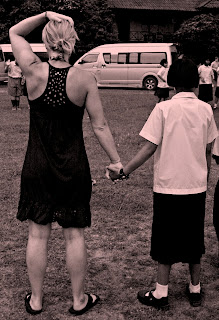 On Wednesday (Pete’s birthday), we were on our way to Phuket! On the way, we stopped at a beautiful waterfall! Some of us went cliff-jumping, and everyone else enjoyed the cool water. 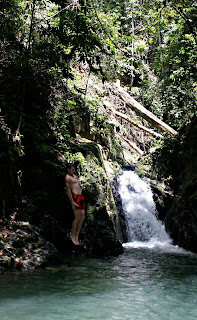 We got to Phuket that afternoon, and did a bit of market shopping before dinner. Pete and Brad surprised us by taking us to an American-style sandwich shop in Phuket! When we got back to the hotel, we had our last meeting as a team :'(   The whole team had really bonded in-country and it was sad to see the trip coming to an end. Many of us went swimming at the hotel’s swimming pool that night, and slept soundly that night. It was our last night in Thailand!
We spent all day Thursday in Phuket. We visited the beautiful beach and shopped all day (: We got the hang of bargaining with street merchants, although it’s tricky! That night, the majority of the team departed from the airport in Phuket. 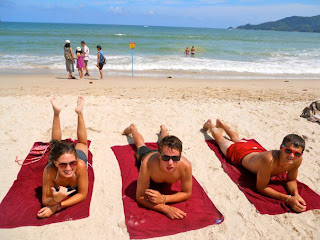 After nearly 48 hours of traveling, we were safely home with photographs, stories, and memories that will last a lifetime! Thank you to everyone who made our trip possible! <3