skip to Main Content
Menu
A long application and interview process has come to an end and we are very close to announcing this year’s 2012 Utah Young Humanitarian! We will announce the winner of the award this Saturday, May 5th at the Youthlinc Annual Benefit at the Natural History Museum!  But first, take a look at the amazing individuals who were interviewed this past weekend for the award. All of the 11 finalists interviewed are highlighted below.
The interview process was tough but these 4 finalists were decided to most encompass the meaning of a Young Humanitarian.  These four will be at the Youthlinc Annual Benefit this Saturday and each will receive a scholarship.  Three of them will receive $1,000 toward their college education and the winner of the award this year will receive a $5,000 scholarship and the title of 2012 Utah Young Humanitarian. Much thanks to the George & Dolores Eccles Foundation for their support of this Award.
Whitney Smith – finalist 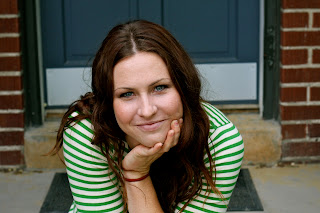 Whitney has always enjoyed serving others and has found numerous ways to include it in her life, though it wasn’t until her graduation from Brigham Young University that she wanted to give back to the world first, and serve on an even larger scale. She raised funds to serve in El Salvador where she promoted healthy living, nutrition, and dance therapy lessons for troubled youth and orphans. During her stay she started to grasp an understanding of global poverty and its existence, not just in Central America, but also in many places around the world. This led her to continue her service for the next few years in the Fijian Islands, Russia and Uganda. In her endeavor to fight poverty, she has found opportunities to serve locally. Last year she worked as an AmeriCorps volunteer promoting healthy living to low-income families and currently mentors African women refugees with the Salt Lake City Chapter of the International Refugee Committee. With her desire to continue living altruistically, she has since returned to school for a second bachelors degree to study nursing at the University of Utah. With a background in health, she plans to continue advocating for the less fortunate while finding opportunities to improve health education.
James Baird – finalist 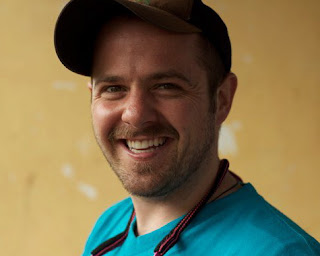 James is currently a student at Utah State University and will be transferring to the University of Utah in the fall of 2012. In 2005 James co-founded Youth Making A Difference (YMAD) and helped take 20 high school students to Northern India to work with four different orphanages. James served as a full time missionary for the LDS Church in Richmond Virginia from 2007-2009. In August 2009 he moved to Kulu India for four months and opened The Home for Peace, YMAD’s first orphanage. While there, he moved seven children into the facility, enrolled them in school, taught English, and helped build a sustainable curriculum for the orphanage. James is still very involved with YMAD and serves as an active member of the board of directors and as Country Director for summer college expeditions.  James enjoys spending time outdoors, he loves rock climbing, cycling and sailing but mostly he loves spending time with his family and friends.
Lisa Moynihan – finalist 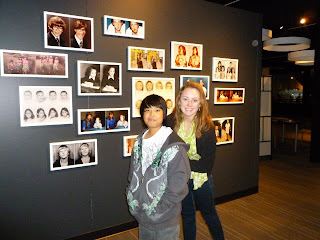 Lisa is a senior at the University of Utah. She will be graduating this May with a BA in History and an Honors Certificate. Lisa is currently serving as the Intern for Youthlinc’s Real Life in Salt Lake City program which is a mentoring program for refugees teens.  She is also a member of the Youthlinc 2012 Peru Team traveling to Yanamono, Peru this July. Lisa has been devoted to service from a young age, planning and helping with multiple school service projects in high school including organizing a school wide food drive for the Utah Food Bank in 2008. She has been a College Buddy for the Best Buddies Program which fosters friendships between students and young adults with intellectual disabilities. She also participated as a mentor in the International Rescue Committee’s Youth program for two years. In 2010 she was a member of the Youthlinc Kenya team. In that year she logged over 100 local service hours before her trip to Kiamuri, Kenya. In Kenya, Lisa planned and taught lessons in the local primary and secondary schools and helped organize and start a library system for the schools. Lisa also teaches dance at Performing Dance Center and coaches the St. John the Baptist Middle School Dance Team.
McKenzie Weeks – finalist 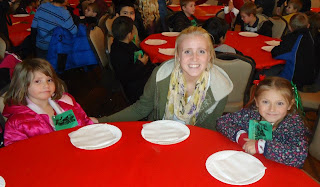 McKenzie’s desire to serve has grown through serving as the Student Body Service Officer, National Honor Society Representative, Sports Marketing Team member, and Girls Soccer team captain.  McKenzie organized a yearlong project called “Ordinary Mary’s Extraordinary Deed Mission” where the group found ordinary ways to make extraordinary differences in the lives of others.  She recognizes that often times some of the most meaningful service opportunities come as people are just going about their daily lives.  Serving is a big part of her life and has taught her how to sincerely care about the circumstances of others.  She has learned that she can always make a difference in the life of a friend, family member, leader, teacher, acquaintance, and even a stranger. Her other hobbies include playing soccer, running, playing the piano, watching movies, and traveling.  She plans on attending Brigham Young University in the Fall of 2012 and majoring in Nursing.

The judges had their work cut out for them this year.  There was intense discussion and they all felt that every one of these finalists deserved to win the award.  These 7 individuals are motivated, passionate and driven in their service efforts.  Our world is a better place because of the work they do!
Alex Owens-Baird

Alex is a junior at East High School.  His service experience includes the Salt Lake Peer Court, mentoring teen refugees at Youthlinc’s Real Life in Salt Lake program, the Utah Food Bank and over 50 hours with the Obama campaign.  Alex believes that helping others means building a connection and fostering friendship.  Through his experiences he has realized that humanitarianism is the act of being present in the lives of others and caring for the well-being of all you come in contact with.  Although not of voting age, he believes that civic engagement is important and everyone should serve their communities by paying attention to what is happening in government and participating to the best of their ability.
A. Steven Espinoza

Steven’s first service experience began as a 5th grader in middle school collecting donations to provide Christmas for a fellow student and his family. Since that time, he has participated in hundreds of service opportunities. A couple favorites include: managing a food drive with over 220 Utah elementary schools and raising 300,000 pounds of food! As the VP of service at the institute of religion he organized, managed, and oversaw 500+ volunteers in providing Christmas to over 30 single parent families.  A major focus for Steven is his deep desire to help individuals eliminate poverty through self-sufficiency and improving self-confidence. He will be spending this summer in Ghana, Africa educating people on new business creation and development skills.
Danielle Lecher:

Danielle is a sophomore at Park City High School.  Since December 2009 she has served as a junior volunteer at Intermountain Park City Medical Center.  She is actively involved in ongoing service projects with the National Honor Society and self-initiated fundraising efforts.  In 2007, she started SnowCaps, a company designing and hand-making custom designer hats to support various charitable organizations, including the National Ability Center, the Special Olympics Youth Winter Games, and Primary Children’s Hospital. In 2005, in response to the disaster of Hurricane Katrina, the group created and organized a fundraiser which raised over $10,000 to support the schools of Pass Christian, Mississippi.
M. Parker Chapple

Parker grew up in a small Idaho town where his parents instilled in him early on a desire to be kind, honest, and to learn. During a two year mission for the Church of Jesus Christ of Latter Day Saints his love serving those around him grew significantly. Since that time he has volunteer in flood relief, community garden projects, and at the Bennion Community Service Center on the University of Utah campus. The most meaningful work he says he has been involved in is with the refugee community resettled in Utah with the International Rescue Committee. Interacting with them both in and out of classroom settings, he has acted as teacher and student and learned much.  Following graduation from the U of U as a Service-Learning Scholar he will complete a Masters in Public Health.
Rebecca Sawyer 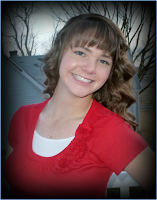 Rebecca is the fourth child of six in her family.  Growing up in a large family is a challenge, but she wouldn’t change it for the world.  Money had always been tight, yet, even at a young age, she remembers her parents serving and giving to others and learning to do the same.  As she served, it made her grateful for what she did have and made her realize there are people who are less fortunate.  One of her earliest memories of service was the year her family helped a family in financial need at Christmas time.  From then on her love of service has grown.  Rebecca is a youth mentor for Youth & Families with Promise, a math mentor, preschool teacher and works with the LDS Humanitarian Center.  She has a long list of service to her community and continues to strive to be a young humanitarian in her everyday life.
Ruth Arevalo

Ruth grew up in Salt Lake City to a family of eight. She was taught by her parents to reach out and keep an door open to anyone in need.  Ruth finished high school at Alta High School and went to culinary school in San Francisco.  San Francisco brought diversity, opportunities, and knowledge and she began to be more involved in issues that were going on around her.  After culinary school she traveled to Mexico City and dived into the culture, people, and social issues. Ruth’s focus in service is directed towards immigration and refugee work and also building community. She is a Youth Group Mentor with the International Rescue Committee, and ESL teacher at the English Skills Learning Center, an Education Outreach Intern with the Ouelessebougou Alliance and works with Women of the World to help set up refugee women for success.
Sarah Schafer

Delivering food boxes in third grade began her love for service.  Sarah has volunteered with many different agencies, including; The Utah Food Bank, Neighborhood House, Globus, Riverside Senior Center, and Bend in the River. More recently, she organized a bike collection for the Neighborhood House.  In 2011, she lived in Oaxaca, México for two months, collaborating with the community to create a community gym and Kung Fu center to combat the increase of underage drinking in the town. Sarah is now a Freshman at Westminster College, and has been working extensively with the Hser Ner Moo Community and Welcome Center for refugees. She is part of a pilot mentoring program, where she is paired with kids who need extra attention.  She is working on a projects for next school year through Westminster College’s “Take Action” project.