Sometimes no matter how hard you try to prepare for something, there is no way to know if it will work until you put it into practice. You just have to go for it, with a hope and a prayer that by some stroke of luck or good karma it will succeed. Such is the story of the Peru Vocational Committee this summer. Our job was to teach women in the community the basics of starting and managing a small business based on the 4P model (Product, Price, Placement, Promotion).

Our product was soap, or jabón, in Spanish. Prior to the trip, our committee learned and practiced the art of making soap. However, the method we learned required the use of an electric mixer to get the mixture of water, lye, and oil to trace (the stage when the mixture becomes soap and is ready to harden). Yanamono II does not have electricity, so we knew that we would have to mix the old fashioned way- with our hands and a spoon. Unfortunately, this method turns the two minute process into a five hour process, but without electricity, there was no other choice. 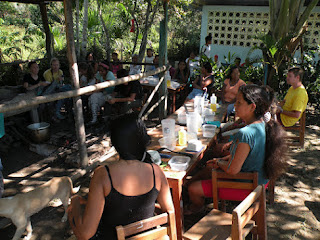 As we set up our lesson in the outdoor cooking area with thirteen women gathered and ready to learn, there was no guarantee that the soap was going to work, nor that the women would think the skill valuable enough to continue it. However, with a hope and a prayer, we began the lesson anyway.  The women watched, absorbed, and learned intently, taking in every step with rapt attention and comprehensive understanding.

Once everyone had the correct amounts of water, lye and oil, the moment of truth came and we began to stir. We stirred and stirred and sang and talked and got to know one another and then stirred some more. And then, after just two hours, the soap traced. It TRACED!! It became soap! It was so successful that we had not just one, but two more lessons for the community, so that by the third day no less than thirty women had learned the skill. 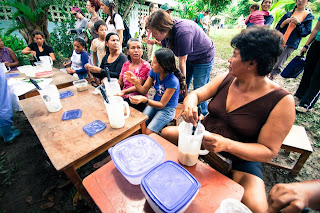 The rest of the lessons went extremely well and by the end of the week, nineteen of the women came together to create Yanamono II’s first ever business co-op, which they named Yanamonito (Little Yanamono). These nineteen women will use the supplies Youthlinc donated to make and sell their soap. At the end of our time in Yanamono II, they put on a soap fair and sold their first batch of soap to our team.

It was magical to see how the woman had transformed the soap at the fair with the Ps of marketing. Some soap was dyed pink and red, others were carved with beautiful designs, others were wrapped in leaves, and others were wrapped in paper with handwritten labels with the brand “Yanamonito: Makes You Whites Whiter” carefully written in bold letters. The money they made from selling to the team will go to replenish their supplies and continue their new business. 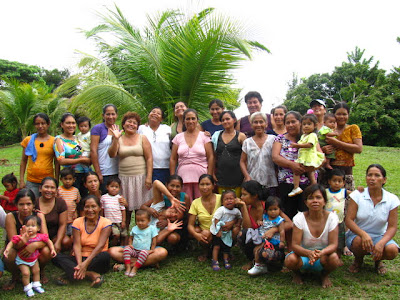 If this were not enough, upon leaving the community, Carlos Acosta, Youthlinc’s in-country coordinator, informed us that he would be willing to give the business a trial contract to sell their soap in his lodge, Heliconia Lodge, where he has hosted the Youthlinc teams for years.  It was more success than we could have ever hoped for. We feel so blessed to have been a part of this project, this team, and this community. We cannot wait to see their growth and success next year. 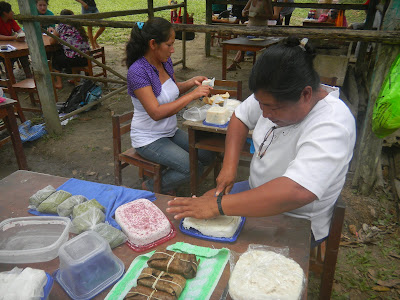 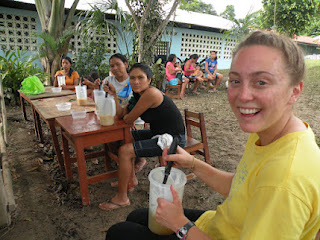 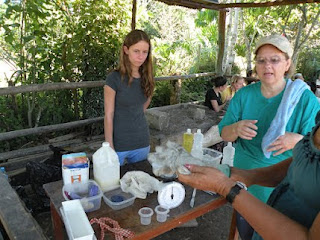