skip to Main Content
Menu
By Jadyn Carlsen
Hola amigos & amigas!  We had a fabulous time at the 2012 Guatemala Team Retreat! 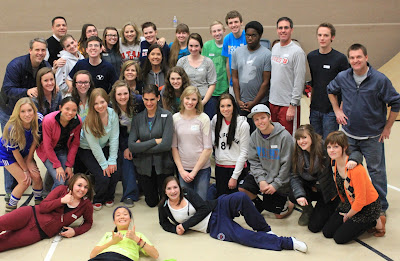 First we’d like to thank the Child’s for letting us use their awesome Barn! We began with our normal meeting going over paperwork and payments. After this, Bouncing Brooke and Awesome Ashley led a great get-to-know-you game. We had to think of an adjective that started with the first letter of our name and an action to go with it. One of the highlights of this game was our mentor husband and wife, Steve and Kristy Hanni. Kristy was known as “kissing” Kristy while Steve was “sexy” Steve with some skillful hip rotations. By the end of the game, we  knew each other’s names very well and it was a great way to have a few laughs together to start the night off right. Our fabulous Alum Leader Aubrey, did a great job of remembering not only all of the names but the adjectives of the whole group too. You did awesome Aubrey!

We then talked about fundraisers! Ideas included: Macy’s; Pizza Hut; and a restaurant dinner night. On April 28th we will be helping both the Thailand and Cambodia teams with the Wasatch Derby Girls fundraiser. 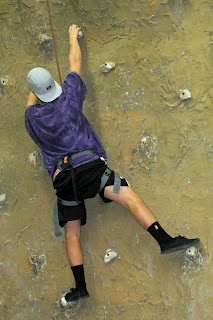 Afterward, we broke out into our committees, where we started setting goals, and learning more about the projects we’ll be working on in Guatemala.

The language instruction was MUY BIEN with Mark. He picked some fun phrases that we’ll definitely need in Guatemala.  One important one: donde esta el bano?? After a lil’ espanol training, we decided that it was time to mix things up with some games.
First we  psychiatrist and a surprisingly difficult pattern clapping game. Then we played shot hoops, pulled out the ping pong table, rock climbed on the Childs’ rock climbing wall, and had some good old bonding time. Yes, we even played a few games of glow in the dark dodge- ball, which might be more dangerous that all the spiders in Guatemala combined! 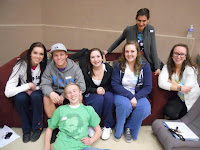 Afterward, we received boxes of jellybeans. Have you ever eaten a vomit flavored jellybean?  Skunk spray anyone?  Well, in this lovely/wicked game, you spin a dial and have chance of eating either a delicious or absolutely awful  jellybean. I almost always got the not so good ones! The faces of this game were definitely worth the awful tastes. Make sure you check out some of the pictures that will be posted to our Facebook page. After this, we decided that two thirty was late enough to go to bed. We popped in Hot Rod and crashed.

Surprisingly, we all were awake by about eight in the morning. We had a great breakfast of bagels, fruit, and muffins. During our breakfast, Caron Child told us a little about the culture of Guatemala with worry dolls. Caron was kind enough to give everyone worry dolls of our own. If you tell your doll one of your worries and then put it under your pillow, you won’t have to worry any longer. After breakfast, we had several different service projects. The Medical Committee put together some hygiene kits. The Construction Committee made Geo. Boards for North Davis Prep. Academy. We also made some education bags that we will take with us to Guatemala. We all helped out by putting cording through the bags. We currently have about 250 educational bags. 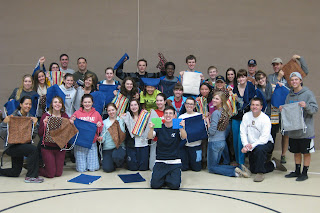 Overall it was a fantastic retreat! We all made some new friends and are now a lot closer than before.  We can’t wait for our future meetings, and of course, our trip to Guatemala in June.  Now to heal from our bruises from glow-in-the-dark dodge ball… 😉