The Micro-finance committee has spent time this week making home visits to the families that had received livestock or water filters last year, to see the progress that has been made. One sweet lady who had received chickens had built a large coop but it was empty when we arrived.  The team asked where the chickens were and she gave a call and immediately 44 chickens came running to her.  One man has been really successful with his pigs and has made around $600. Visits to the homes where water filters were placed have taught us that a majority are functioning well and the families are reporting a dramatic difference in the health of their families.  Less illness and almost no health center visits since they started using the clean water.

The gardening and health committees just picked a road to walk down and have been interviewing families about their health and nutrition. We have been welcomed with smiles and invited to remove our shoes and climb up into their houses on stilts where we sit and talk. We ask what sicknesses they have experienced, where they get their water, how often they visit the health center, how often they feed their families in a day, where they get their food, and try to assess if this family would be willing to start a garden, receive livestock, or needs mosquito nets with our help.  We also teach them some basic hygiene and first aide, leaving them with supplies for each.  It also has been funny to hear a few people admit that they are just too lazy to take care of a garden or raise livestock. 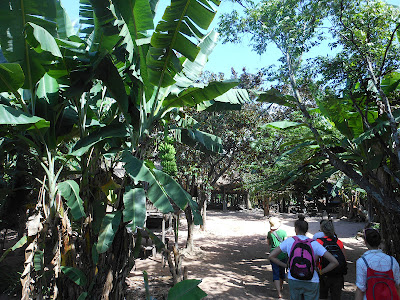 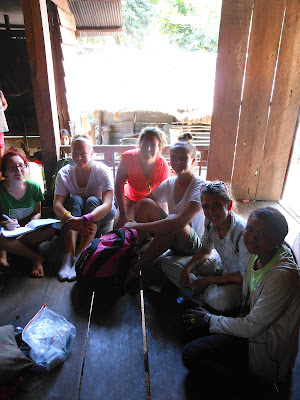 When there is an elder in the home we take the opportunity to ask them what life was like during the Pol Pot regime and how it affected their families at the time and the lasting impact it still has now.  This has been an incredible opportunity to gain understanding first hand of the realities of the Khmer Rouge. A lady told us that her husband and 4 of her siblings had been killed.  One of her children had also stepped on a landmine and was crippled.  She told us that if Pol Pot had never taken over she would be rich today because her husband was a soldier and they made a lot of money.  One couple told us about how the husband (age 39) had been separated from his wife and children to go to another village to do labor.  The labor was hard and food was scarce like a time of famine.  He said that he was so thin, his “knees were bigger than his head.”  His 11 year old daughter almost died but was able to steal a chicken to eat and escape, running back to her family and wasn’t caught.  When the family was reunited at the end of the genocide the government gave them some land and they have since been very successful in growing enough food and having enough livestock to feed their family. 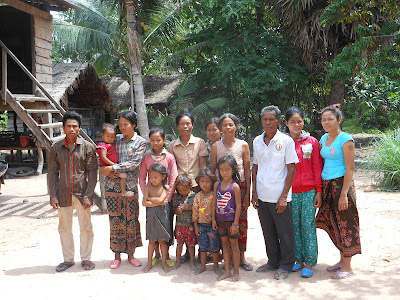 It is really exciting to see the impact Youthlinc’s projects have had on this village after one year at this site and it is very humbling to visit these people’s homes and learn their history and what can make a difference in someones entire life and for the generations to come.