The Utah Young Humanitarian Award interviews are this Saturday and we have some amazing judges on the panel this year.  Each year Youthlinc invites judges from across the State who are community leaders in education, service, business, religion and politics.  We really appreciate the time and energy these amazing individuals are dedicating to finding this year’s Utah Young Humanitarian.  Thank you!

Ross Romero is the Senate Minority Leader for the Utah State Senate.  He was born in Pueblo, Colorado, and raised in Salt Lake City, Utah.  Ross attended Utah public schools and was active in several community organizations prior to serving in the Utah Legislature.  Ross graduated from Highland High School, Salt Lake City (1989). He attended the University of Utah where he earned a Bachelor of Science degree in Political Science (1993), and then graduated from the University of Michigan Law School (1996).  Ross practiced law in Salt Lake City for ten years.  In 2003, Ross became a shareholder at Jones, Waldo, Holbrook and McDonough, P.C.  Beginning in October of 2007, through today, Ross went to work for Zions Bank as a Vice President, Corporate Sales Resource Officer.  In 2004, Ross was elected to the Utah State House of Representatives (Salt Lake City).  In 2006, he was elected to the Utah State Senate (Salt Lake City and Salt Lake County). Ross was elected Senate Minority Leader in 2010.  Ross is married to Cecilia M. Romero.  They have a son, Marcus, and a daughter, Marcela. 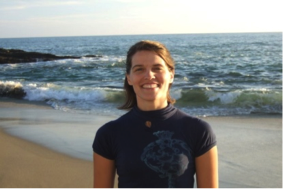 Erin is a Utah native and a graduate of the University of Utah in Behavioral Science & Health and Gerontology.  Her experience at the University grounded her interest in community, and being active in the community where one lives. She has been involved in scholarship fundraising and other projects with the Young Alumni at the U, serving as Vice President and board member. She worked with The Health and Human Rights Project teaching English to refugees.  Erin is Assistant to the President & COO at the George S. and Dolores Dore Eccles Foundation. She enjoys the many engaging associations and activities that stem from her involvement with the Foundation and its varied projects. In her spare time, she enjoys hiking throughout the state, cooking good food, and spending time with friends and family.  She lives in Salt Lake with her husband Kevin.

Gina Russo is the Assistant Director and Student Programs Manager at the University of Utah’s Lowell Bennion Community Service Center. She has a bachelor’s from The American University in International Relations and Spanish/Latin American Studies and a Master’s in International Development from The Ohio University. Immediately following graduation, she co-founded and served as the executive director of the Chesapeake Community Supported Agriculture (CCSA) Project outside of Washington, D. C. She consulted on international development projects around the world, including a USAID subcontracting assignment in Macedonia. She lived and worked in Costa Rica as Global Volunteers’ country director for eleven years. She was also involved with the Monteverde Institute, a local nonprofit specializing in university study-abroad programs, as their development director, director of art and music programming, and academic course coordinator. She is a year-round bicycle commuter and loves riding her tandem.  She is a children’s yoga instructor and runs, skis, gardens, cans, cooks and bakes on a regular basis!

Lisa is the recipient of the 2012 Utah Young Humanitarian Award.  She graduated from the University of Utah in 2012 with a degree in Education. She is currently a teacher at St. John the Baptist Middle School in Draper where she teaches Church History, Speech and Debate and Global Issues.  She will be attending Georgetown to work on a Master’s in Global, International and Comparative History. Lisa’s service background that won her the title of Utah’s Young Humanitarian included volunteer work for one of Valley Mental Health’s women’s shelters, a health campaign called “Melons for Melanoma Awareness”, involvement with Best Buddies At Creighton University, and a family mentor for a refugee family through the International Rescue Committee in Salt Lake.  She travelled to Kenya as a student participant with Youthlinc in 2010 and to Peru in 2012, again with Youthlinc but this time as a mentor.  She will be returning to Peru again with Youthlinc this summer.  Lisa was also an intricate part in starting Youthlinc’s flagship service project Real Life Salt Lake City, a teen refugee-mentoring program where she served as the volunteer intern for 2012.
Jody Leigh Osteyee, DNP, APRN, CPNP 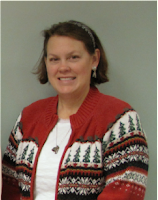 Dr. Jody Osteyee, is a Clinical Nurse Specialist (CNS) for the Medical-Surgical Division at Primary Children’s Medical Center.  Jody teaches pediatric nursing at Roseman University, is president of the University of Utah College of Nursing Alumni Association, and is a member of Youthlinc’s Board of Directors.  Her experiences with humanitarian service organizations include Youthlinc, Catholic Community Services, and Adopt a Native Elder.

Tami Pyfer is a resident of Logan and a member of the Utah State Board of Education. She works part time as a Clinical Instructor in Utah State University’s College of Education, and also as a program specialist for the Utah Commission on Civic and Character Education. Tami provides consulting services for Claremont College and Vanderbilt University on the IRIS project, training university faculty in the use of free, online instructional materials. Tami served eight years on the Logan City Council and seven years on the Logan Schools Foundation board of directors where, prior to her board term, she also spent seven years as the Foundation’s Executive Director. Tami currently serves on the board of trustees for Bear River Mental Health, and is a member of the Logan Regional Hospital Ethics Committee.  For 23 years, Tami has been active in her children’s education, her church, community, and humanitarian service, including three trips to Agua Prieta with the Logan Rotary Club. She and her husband, Aaron have five children and two grandchildren and enjoy singing and performing with their family.
Dr. Thanh N. Truong 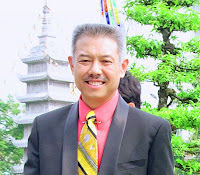 Dr. Truong received his Ph.D. degree in Chemistry from the University of Minnesota in 1990.  After spending his NSF Postdoctoral Fellowship at the University of Houston, Prof. Truong moved to the University of Utah in 1992 where he currently is a Professor of Chemistry.   In addition to teaching and research at the University of Utah, Dr. Truong has been volunteering his expertise to help improving research and education in Vietnam.  As a result, in 2007 he was appointed as the Founding Scientific Director of the newly established Institute for Computational Science and Technology (ICST) in Ho-Chi-Minh City, Vietnam.  Dr. Truong is the author or co-author of more than 190 publications and an US/International patent.  His current research spans a broad area of computational chemistry, molecular biology, and materials science.  His recent research has led to a spin-off of Astonis, a software company. 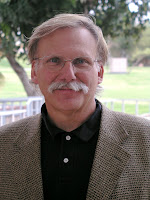 Frank B. Lojko is the Vice President Student Services and Government Relations at Dixie State University.  He has had a broad spectrum of experiences in both arenas of higher and public education, which includes, but not limited to:  student housing, student services, teaching science in both arenas, field study and research, recipient of more than 100 grants, and a writer with more than 100 published articles; publications, and science shows.