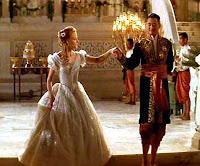 Is there a better way to start out the new year than spending time with the Thailand team?

I submit that there is NOT!
Anyone at the Thailand team retreat would agree! At our team retreat in January laughs were shared, stories were told, and friendships were made. We started out the night eating TONS of pizza (literally there were mountains of pizza). We then saw some laughable attempts at Just Dance. We were able to watch Anna and the King, this movie was chosen because it takes place in Thailand. This film opens for us an entirely new cultural door, brushing a portrait of a monarch of absolutely power. The betrayal, revolution and barbarity of l9th century Thailand (Siam) become pale watercolor in comparison to the bold red and orange of unresolved love and religious and cultural interplay represented by Foster and Chow. After snacking and eating cake through the wee hours of the morning we eventually called it a night.
The next day is where the real fun began! After getting to know each other better we had a meeting and then headed out to SERVICE!
We met at the Cancer Wellness House in Salt Lake City. The Cancer Wellness House is a home like setting offering emotional, wellness, and social support to those living with cancer, surviving cancer and their loved ones. Programs are designed to encourage individuals to actively participate with others in their quest for improved quality of life. We were able to help the Cancer Wellness House with snow removal, putting away Christmas decorations, major house work, organizing the basement, and other miscellaneous tasks. Three team members told me their favorite parts of the retreat were: 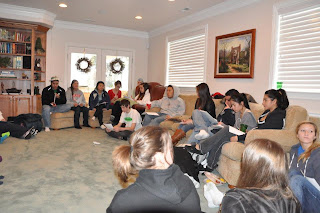 It’s safe to say food, movie, friends, and service made the retreat one that will not be forgotten!