skip to Main Content
Menu
Our projects are starting to wrap up and it’s really cool to watch all of our hard work materialize. Building the fence turned out to be a much bigger project than we had anticipated and the entire team has been working hard every day to get it finished. Today we set a new personal record by putting up 27 fence posts!! The bathrooms are coming along great and should be finished tomorrow. Our brilliant cultural committee has plans to recruit the kids to paint a mural on one of the walls to spruce things up and personalize things and the medical committee is now teaching at the junior high school which has been going well. 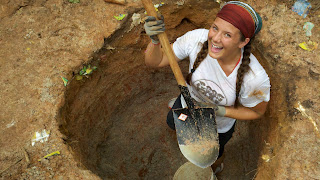 After a week of working hard we took a day off to see more of the country and learn a little more about Cambodia’s history. Early Sunday morning we headed out for a boat tour of Tonle Sap floating village. The floating village is mostly occupied by Vietnamese refugees who settled there during the Vietnam war.

Most of us had never seen anything like it, it was amazing how they were able to create an entire city on a river. Their resourcefulness was astounding. Everything from the tin bowls the kids were floating around in to the recycled boat propellers were pure creative genius. 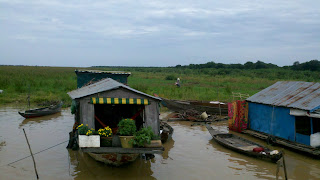 After the floating village we were back on the bus and on our way to the Cambodian land mine museum. The museum is run by a former Khmer rouge child soldier. He started an organization disabling land mines and all of the mines and bombs he collects are now in the museum. We also stopped by a Khmer Rouge genocide memorial. There was glass case full of the bones of those who were murdered. It was humbling to recognize what has happened here in recent history and see how resilient the people of Cambodia are. 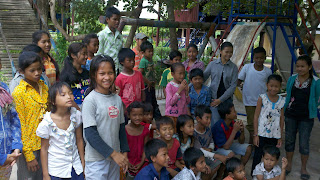 One thing we all agree on is that it is going to be hard to leave all of these kids behind. We have all formed such great relationships with these kids and many of us are already planning our return. It’s hard to believe we only have a few more days of work left.